Posted on December 11, 2014 by Rabbi Nico Socolovsky Leave a comment 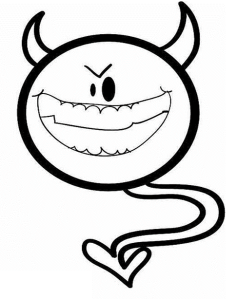 Can you say out loud: “SEX”? For somehow many people feel uncomfortable when we say this word. But for Torah it’s a well-known idea. Unfortunately, we don’t speak that much about it…

In Parashat “Vayeshev” we read the story of Yehuda and Tamar.

Yehuda, Jacob’s son, got married and had 3 kids: Er, Onan and Shelah.

Yehuda arranged for Er to marry a girl named Tamar, but Torah says that Er was wicked and God killed him. Yehuda then directed Onan to fulfil “mitzvat Yibum”, the law that obliges a brother to marry the widow of his childless deceased brother. Onan knew that according to this law the first-born child will be considered son of his brother and not of his. Therefore, “when he went in to his brother’s wife, he wasted his seed on the ground” (Gen 38:9). As a result God took his life also. The story continues to how Tamar eventually got pregnant by Yehuda, but we shall leave this part aside this time in order to focus on the death of two brothers, and on the interesting connection between this, procreation and sexuality.

So what just happened?

Rashi thinks that Onan was punished because of “wasting his seed on the ground”. He notes that the word “also” is added to the sentence about Onan’s death and explains that his brother was killed for the same reason. However this is not explicitly said.

For years most religious practices have treated sex as an immorality and defined sexuality as something out of the boundaries. However I don’t think that Torah is worried about human beings expressing their sexuality. Judaism doesn’t separate between body and soul; we are a whole and the idea of sexual desire as a sin is from our perspective a categorical mistake. Judaism recognizes pleasure, instincts and the humanity beyond the religious precept of procreation. The book of Genesis is full of sexual stories. Jewish law also speaks about birth control. Was Onan truly killed because of wasted sperm? Not sure…

Perhaps Onan was killed for not fulfilling the precept? Often in Torah we read about people struggling with their duties without being so harshly punished. Why would this case be different?

Talmud says (Baba Metzia 59a) “All gates are locked, except for the gates of tears”; in Hebrew – gates of “ona’a”, of fraud.

Onan didn’t discuss his intentions with God or with Tamar. Onan misled Tamar, he satisfied his sexual desire using the “benefits” of the law but avoiding its liabilities, he committed fraud… The problem in our story is not between man and God (bein Adam ve Elohav) but between man and man (Bein Adam le chavero), in this case – man and woman.

Our society is unfortunately very familiar with the lack of sexual responsibility… From improper commentaries on the street, through taking advantage of a person under alcohol effects, to violent rape. We frequently hear about teenagers uploading to social media photos or videos of their sexual interactions, often without their partner’s approval. These traumatic situations have led to suicides more than once. A society which recognizes that sexual attraction can be healthy and on the other hand experiences sexual abuse is in need of improving education.

Modern Judaism doesn’t reject sexuality. Yet ridiculously we, Jews and Jewish educators, who strive to better behavior, to Tikkun Olam, struggle to be clear about these topics. The lack of conversation around sexuality might give people the sense that sexual interactions are not within the framework of social behavior. Sexual education should be an integral part of teaching human beings to be.

We educate kids for Bar and Bat mitzvah to become responsible members of society, to be just, to know the ethical code in Judaism. Shouldn’t ethics in sexuality also be dealt with at this important stage?

Onan’s sin wasn’t his sexuality but his violation of trust. This story is the tragedy of a degraded woman and of two badly educated “kids”-men- , which led them to find their death.

In situations of such a deep fracture there is a need to repair. In this case, to repair the world – Tikkun Olam, will be by encouraging our communities to healthy and responsible sexuality.