Shemot: The Secret Power of the Biblical Women Who Beat Milgram’s experiment

Posted on January 18, 2020 by Rabbi Nico Socolovsky Leave a comment

When we look retrospectively at the book of Genesis, which we just finished reading a week ago, there are two key concepts that keep coming to my mind. The first one is ethical monotheism, which appears at first by the statement that man and woman were created in the image of God, and of course is deepened in the story of Abraham and Sarah. The second topic is the enterprise of humanity; Again, starting at the same place as the first concept, and going through the entire book, featuring the constant challenge of just being human.

This week started the second book of Torah – the book of Shemot – Exodus. It starts years after all the family of Jacob and Joseph passed away. Now, The children of Israel were many and there was a new Pharaoh in Egypt. This new Pharaoh was afraid of the increasing number of the Israelites and so he decided to apply some demographic measures. Pharaoh commanded the two Egyptian midwives to put to death all the Israelite male newborns. 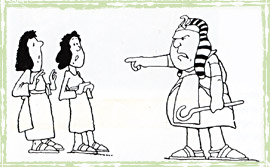 Now, if you carefully read the book of Genesis, by now you know that immorality is a pattern when talking about human challenges. So Pharaoh’s despicable behavior is outrageous but not surprising. What’s new is Shifrah and Puah, the two midwives’ behavior.

Challenging authority while being led by a moral requires an unusual kind of strength.

In 1961, a year after the trial of Adolph Eichmann, psychologist Stanley Milgram of Yale University conducted an experiment that became widely known. He was interested in how far people would go in obeying an instruction if it 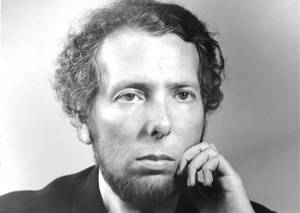 involves harming another person.  The participants were paired and drew lots to find out who would be a “learner” and who would be a “teacher”. However it was set up in a way that the learner was always an accomplice. The learner would sit in a room on a simulated electric chair. The teacher sat in a different room and tested the learner on lists of words. The teacher was told to administer an electric shock every time the learner makes a mistake, increasing the level of shock each time. The learner intentionally made mistakes, and pretended to experience increasing pain. If the teacher refused to administer a higher shock, another person involved was to give a series of authoritative orders, such as “it is essential that you continue” or “you have no other choice but to continue”. The results were unsettling: All the participants continued to administering high levels. 65% went all the way to the danger of severe shock.

Obviously, challenging authority is quite complicated. It requires, as we said, a very unique kind of strength.

Torah tells us that Shifrah and Puah feared God and therefore they had the courage and the moral power to defy Pharaoh. Now, what you might wonder is – what is the root of this power? What is the meaning of fearing God?

“ Yir’ah, awe, is sometimes translated as fear, but neither completely captures the idea. The Hebrew root of yir’ah is yud-resh-aleph . The root of words meaning sight or to see is resh-aleph-hey . Yir’ah arises from the state of being seen for what we really are.….There is a story about Juna’id, the ninth-century Sufi master. He has twenty students who each wants to be his successor, and they are arguing among themselves and pressing him for a decision. He is getting older, so finally he says to them, “You go out and each bring a live bird, and I’ll tell you what to do.” So they each come back with a live bird, and he says, “Now go find a place where no one can see you, kill the bird, and come back.” They all go off, and nineteen of them come back with dead birds, but the bird of the twentieth is still alive. So Juna’id makes an angry face. “Why didn’t you kill the bird!” The disciple says, “Master, I couldn’t find a place where no One can see me.”

The awareness that we are being seen, that we do everything we do in the presence of that Witness—that is the true path to and meaning of yir’ah. We’re talking about a seeing and being seen that goes beyond the visual. “

Fearing God means to make a conscious decision that we live our lives with a witness.  It means to internalize a notion of accountability that sometimes even precedes executive decrees.  The Nuremberg trials of 1946 established that there are certain crimes for which saying “I was just following orders” is no defense!

The story of Shifrah and Puah showcases the imperative for this notion of an inner witness, a moral compass. Referring to an external entity to justify our actions is unacceptable. But, can we draw from this story of ultimate civil disobedience into situations of our daily lives?

What does  it mean for me to defy?

What are the places in our lives in which we are not being mindful or in which we act like no one is seeing….

What are the situations in which we are justifying our behavior –

“that’s what everyone else does”

“that’s what I was told to do”

“I have no intention to be the only one who cares about this!”.

When Shiphrah and Puah stood up to Pharaoh it was because they feared God, they were trying to save their own humanity but that act of personal morality had  the power to change the entire world.

May this shabbat of parashat Shemot inspire us to reflect on our personal need for accountability. May this Shabbat inspire us to challenge and to defy wherever it is needed so we can better our lives and, who knows, maybe change the entire world.