Posted on March 20, 2015 by Rabbi Nico Socolovsky Leave a comment

And God observed the people of Israel and He read their hearts. He understood that they didn’t know how to communicate with Him. So he called them and said: 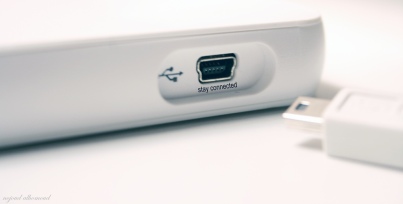 – We have to start to develop a relationship, affinity, better flowing communication.

The people of Israel looked at Him surprised; they never expected such words from Him.

– How about I open a Facebook page and you’ll write comments?

– Facebook? We don’t have electricity nor computers, those haven’t even been invented yet!

God got stuck for a moment, thinking to himself – perhaps Whatsapp, Google Plus…

– Prayer? We don’t have any prayer books, and anyway, what would we want to contemplate?

Primitives, He thought to himself. Then, a little tired, he asked: Do you have any idea what can work out for you?   – – –  What?? You want to kill animals in order to communicate with me? What? And He remained silent for a few minutes.

After a little thinking God looked at the people with compassion, like a father who understands that his children are still growing up. He smiled and replied: OK fine! Just be in touch…

“And the LORD called unto Moses, and spoke unto him out of the tent of meeting, saying: Speak unto the children of Israel, and say unto them: When any man of you bringeth an offering unto the LORD…”

These two verses resonate in me two strong words that I will try to ponder.

The first relates to the call, in Hebrew – Vayikra – the name of this parasha but also of the book that we start today. This word, in Hebrew, can be interpreted both as a reading and as a call. The second – Offering – in Hebrew Korban (sacrifice), is a very central word in this parasha and in the book of Vayikra.

Maimonides explains in The Guide of the Perplexed (46) the idea of the offering-sacrifice (Korban) as closeness – in Hebrew Kirva. This, he says, is the human’s way to experience the “cost” of holiness by a certain inconvenience. Therefore the first 2 verses of Vayikra are a call of God to the people, through Moses, to become closer to Him.

The call Vayikra is a unique, formative event in the ritual life of the people of Israel. However, the idea of the call will keep returning throughout the history, as a symbol of growth of our spiritual and cultural identity.

Vayikra – God “reads” the situation of the people of Israel – walking in the desert, after their release from slavery, they’ve been receiving tools and instructions they’re not quite clear yet about how to utilize (like building the tabernacle). God assesses that feeling close to Him can help the people, and He makes some sort of cultural analysis to come up with a worship that suits the needs of the people and the spirit of the time, and finally he calls Moses to deliver the message.

The transcendent character of the Torah, and its being a spring of life, depend on our ability to carry it with us over the generations, with commitment to our heritage, but also with the understanding that its relevance only exists when we read it out of recognition of our place today. This awareness has always existed. The people of Israel have changed, renewed and rephrased. Our own Jewish identity today is a part and a result of this process .

Some examples to this process are the move to Yavne – from sacrifice to prayer, changing from a ritual of oral transmission to the final transcription and consolidation of the Mishnah, the Talmud, Shulchan Aruch (the most common book concentrating Jewish law), the Chassidut, the birth of the liberal Judaism as well as the orthodox one, and even the Zionism. These are all various answers to the call – Vayikra. Each generation gave its own answer, an answer which in philosophical words can be called Ethos.

Our capability to experience God and the way we experience our Jewish identity are context-dependent. Definitions are bound to change, and this is a freedom that we need in order to make our Torah the Torah of life.

God, in His character of the infinite, invites us to take part and to be partners in the creation. Therefore one must ask – are we capable of hearing the call? To hear, we must be careful not to feel too much at ease with the old models. In order to hear the call and to renew we must be alert and open to change. It is very difficult to give up old habits, old models, to understand that they are no longer relevant and that we are required to reinvent ourselves and to change.

In every instance in history where we see an answer to Vayikra, to the call, a new paradigm was created. If we blindly stick to our positions we won’t be able to create any new expressions of spiritual relevance. Respect, love and habit would be deceiving factors, that shut our ears from hearing the call. Sticking to the familiar might cause us to miss the call of this hour and as a result to give up the creation of meaning in life.

As we started the reading I mentioned that the character of the sacrifice is context-dependent, and that it is a cultural creation. So what will our sacrifice be? We should give up the valuable convenience and commit to the irreconcilable search for meaning.

And remember: just answer the call and keep in touch!